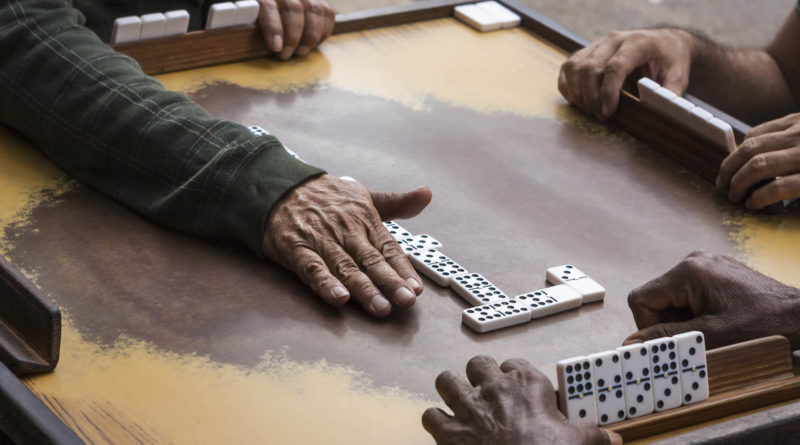 In Jamaica, the domino game or sport is well on its way to becoming a national sport. For decades, Jamaicans have enjoyed playing dominoes at almost every social event. As a matter of fact, you may find a set (also called ‘pack’) in almost every Jamaican home. Apart from in the homes, the domino sport is a favorite Jamaican pastime – played at wakes (event of mourning), pubs, bars, street sides/corner, socials and more. One other remarkable aspect of the dominoes in Jamaica is that it is played by people of different social backgrounds and evokes great passion and unity among our people.

Jamaican domino is full of excitement. You will find players shouting, knocking the playing table or board, coding to their partners in secret, or seriously studying the pattern of the game (or what is called reading the game).

There are mainly three types of domino games played in Jamaica of which two are more popular. The two popular ones are ‘Cut throat’ and ‘Partner’. The other unpopular variation of the game is called ‘French’. Each game has its own rules.

Check out the rules to the different domino games in Jamaica.

When did it all start………

As a recreation, the domino sport in Jamaica goes far back. In the early 1900s and onwards it was the most favorite and popular entertainment. As our grandparents have told us, they played it every night (religiously). In those days, a game of domino was played over some strong drink (usually white rum), lots of jokes, a strong cup of Jamaican coffee and total excitement and camaraderie.

The playing of domino has been going on competitively in Jamaica for approximately 35 years. It is estimated that over 50% of Jamaicans still play dominoes today. This would indicate that more than one million Jamaicans play domino frequently, however, currently only a small portion of this figure play the sport competitively. The reason behind this is the lack of proper structural planning which is needed to foster its development. Hence, the National Association

of Domino Bodies (NADB) the was born in 1998 as the governing body for dominoes in Jamaica and, as a consequence, its mandate is to ensure the development of the sports.

The National Association of Domino Bodies (NADB) was formed in 1998, and was not formally registered until 2000. The National Association of Domino Bodies is the sole governing and regulatory body for all aspects of domino playing in Jamaica. As a result its main priority is to develop the game of domino in the island with the intention of creating a ripple effect throughout the rest of the world. Its objectives:

Through the efforts from the NADB, Jamaica will host the 10th World Championship of the International Domino Federation (FID) during the second week of June, 2012 at the Convention Centre, Rose Hall, Montego Bay, St. James. This event will include pairs and individuals from a minimum of 30 countries from across the world will participate in the three-day competition. 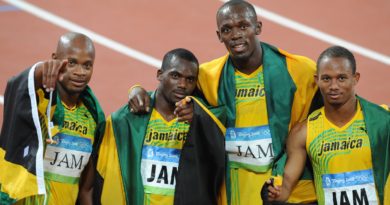 5 November 2017 About Jamaica Comments Off on The Maroons