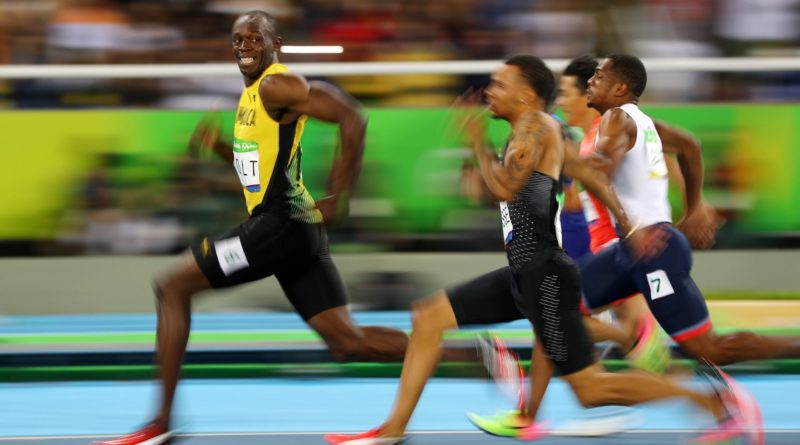 The Honorable Usain St. Leo Bolt, OJ, C.D. (born 21 August 1986), is a Jamaican sprinter and a five-time World and three-time Olympic gold medalist. He is the world record and Olympic record holder in the 100 meters, the 200 meters and (along with his teammates) the 4×100 meters relay. He is the reigning Olympic champion in these three events.

The Jamaican relay team including Bolt, set the 4×100 meters world and Olympic records at the 2008 Olympics with a time of 37.10 seconds. This is the only run in the IAAF top ten performances which was not set by an American team.

Authur Stanley Wint,  (May 25, 1920 – October 19, 1992) was the first Jamaican Olympic gold medalist, to win the 400m at the 1948 Olympics. Arthur Wint, known as the Gentle Giant, was born in Plowden, Manchester, Jamaica. While at Calabar High School, he ran the sprints and did both the high jump and long jump. He later was transferred to Excelsior High School and completed his high school education there. He was the Jamaica Boy Athlete of the year in 1937, the following year he won a gold medal in the 800m at the Central American Games in Panama. More on Wint…

Yohan Blake (born December 26, 1989) is a Jamaican sprinter and the current 100 meter World Champion. Blake, who at age 21 years and 244 days became the youngest 100-metre sprint champion since the World Championships began in 1983. He holds the national junior record for the 100 meters, and tied Seun Ogunkoya as the youngest sprinter to have broken the 10-second barrier (at 19 years, 197 days). Blake’s personal best of 9.89 seconds makes him the fourth fastest Jamaican runner, after Nesta Carter, Asafa Powell and Usain Bolt. His fastest run under any conditions is 9.80 seconds in May 2011 in Kingston, but the wind assistance (+2.2 m/s) was over the legal limit. He is coached by Glen Mills, and is training partners with Bolt and Daniel Bailey. Yohan Blake ran the world’s leading time of 19.26 in the men’s 200m, taking first place at the final Diamond League meeting in Brussels, Belgium on September 16, 2011.

Asafa Powell C.D (born 23 November 1982) is a Jamaican sprinter who specializes in the 100 meters. He held the 100 m world record between June 2005 and May 2008, with times of 9.77 and 9.74 seconds respectively. Powell has consistently broken the 10-second barrier in competition, with his personal best of 9.72 s being the fourth fastest time in the history of the event. As of July 2011, Powell has broken the ten-second barrier legally more times than anyone else – 80 times in total.

Steve Mullings (born 28 November 1982) is a sprint athlete who specializes in the 100 and 200 meters events. Mullings began his international athletics career with a bronze medal win in the 100 m at the Pan American Junior Championships. At the 2004 national championship he made his first impact in senior athletics, setting new bests of 10.04 and 20.22 in the sprints, and finishing as the 200 m national champion.

Steve Mullings was banned from track and field for life, on November 20, 2011. He was found guilty of a violation of doping in seven years by the the Jamaica Anti-Doping Commission (JADCO) disciplinary panel. The Commision’s panel made the ruling after claiming that it was the second case in which Mullings was found guilty of taking banned substances.

Michael Frater O.D (born October 6, 1982 in Manchester, Jamaica) is a sprinter who specializes in the 100 meters event. He won a silver medal at the 2005 World Championships and a gold medal at the 2003 Pan American Games for the event. He has also been successful as part of the Jamaican 4 × 100 meters relay team, setting the world record and Olympic record at the 2008 Beijing Olympics. He also won gold in the relay at the 2006 Commonwealth Games and took silver in the 2002 edition.

Donald O’Riley Quarrie C.D (born 25 February 1951) is a former Jamaican athlete, one of the world’s top sprinters during the 1970s. Don Quarrie competed in five Olympic games. He has received recognition both on and off the field, a statue of him is proudly positioned at the entrance to Jamaica’s National Stadium. There is also a school (Donald Quarrie High School) that bears his name in Eastern Kingston. Musical artists have also sung the praises for Don. 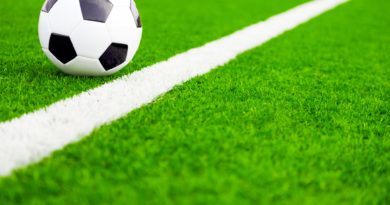 6 May 2014 About Jamaica Comments Off on Celebrated Jamaican Footballers 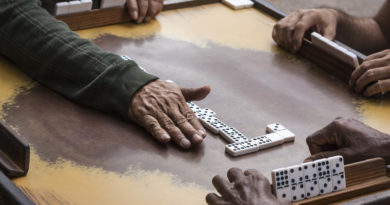 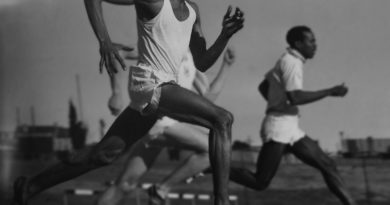