The name ‘Bob Marley’ is synonymous with ‘Reggae’ music. Even though, there are differences between the two words, they are well deserving of their walk together. Jamaica’s Bob Marley played an integral role in taking reggae to the world.

The Honorable Robert Nesta “Bob” Marley, OM (6 February 1945 – 11 May 1981) was a Jamaican singer, songwriter and musician. He was born in Rhoden Hall to the north of Jamaica. His mother was an eighteen-year-old black girl called Cedella Booker while his father was Captain Norval Marley, a 50-year-old white quartermaster attached to the British West Indian Regiment.

He was the rhythm guitarist and lead singer for the ska, rocksteady and reggae band Bob Marley & The Wailers (1963–1981). Even today, Marley remains the most widely known and revered performer of reggae music, and is credited with helping spread both Jamaican music and the Rastafari movement to a worldwide audience.

Marley’s music was heavily influenced by the social issues of his homeland, and he is considered to have given voice to the specific political and cultural atmosphere of Jamaica. His best-known hits include:

Together with The Wailers, “Three Little Birds”, was another big hit by Bob Marley. The compilation album Legend (1984), released three years after his death, is reggae’s best-selling album, going ten times Platinum (Diamond) in the U.S., and selling 25 million copies worldwide.

In July 1977, Marley was found to have a type of malignant melanoma under the nail of one of his toes. Contrary to urban legend this lesion was not primarily caused by an injury during a soccer match in that year, but was instead a symptom of the already existing cancer. He died at Cedars of Lebanon Hospital in Miami (now University of Miami Hospital) on the morning of 11 May 1981, at the age of 36. The spread of melanoma to his lungs and brain caused his death. His final words to his son Ziggy were “Money can’t buy life”.

Today, Bob Marley has become a commercial brand not only here in Jamaica, but also in other parts of the world. Visitors to the Jamaica look forward to visiting his home in Nine Miles, St. Ann and taking hold of their very own piece of ‘Bob Marley’ souvenir. By far, Bob Marley is one of the most known and popular figure in our modern world, and a historic Jamaican icon.

In 1963, Bob Marley, Bunny Wailer, Peter Tosh, Junior Braithwaite, Beverley Kelso, and Cherry Smith formed a ska and rocksteady group, calling themselves “The Teenagers”. They later changed their name to “The Wailing Rudeboys”, then to “The Wailing Wailers”, at which point they were discovered by record producer Coxsone Dodd, and finally to “The Wailers”. By 1966, Braithwaite, Kelso, and Smith had left The Wailers, leaving the core trio of Bob Marley, Bunny Wailer, and Peter Tosh.

The Wailers recorded groundbreaking reggae songs such as:

The Wailers was disbanded during 1974. Bob Marley later formed Bob Marley & The Wailers with Bob Marley himself as guitarist, songwriter and main singer, the Wailers Band as the backing band, and the I Threes as backup vocalists. The Wailers Band included the brothers Carlton Barrett and “Family Man” Barrett on drums and bass respectively, Junior Marvin and Al Anderson playing lead guitar, Tyrone

Bob Marley & The Wailers, Peter Tosh, and Bunny Wailer all enjoyed considerable success as reggae music continued to gain popularity during the 1970s and 1980s.

Several of the group’s members have died subsequent to Marley’s death in 1981: Carlton Barrett and Tosh in 1987, Braithwaite in 1999, and Smith in 2008. Bunny Wailer and Beverley Kelso are the only surviving members of the group’s original line-up.

“Emancipate yourselves from mental slavery, none but ourselves can free our minds!”

“Herb is the healing of a nation, alcohol is the destruction.”

“When you smoke the herb, it reveals you to yourself.”

“I handle fame by not being famous…I’m not famous to me.”

“Don’t gain the world and lose your soul, wisdom is better than silver or gold…”

“Don’t forget your history nor your destiny”

“Life is one big road with lots of signs. So when you riding through the ruts, don’t complicate your mind. Flee from hate, mischief and jealousy. Don’t bury your thoughts; put your vision to reality. Wake Up and Live!”

“One good thing about music, when it hits you, you feel no pain.”

“Every man gotta right to decide his own destiny.”

“Man can’t do without God. Just like you’re thirsty, you have to drink water. You just can’t go without God.”

“The road of life is rocky and you may stumble too. So while you point your fingers someone else is judging you.” 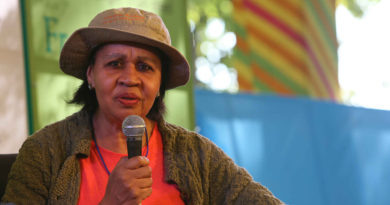 Girl By Jamaica Kincaid Full Text & Summary: Get the Facts!

15 November 2016 About Jamaica Comments Off on Girl By Jamaica Kincaid Full Text & Summary: Get the Facts!