The Maroons of Jamaica date back to 1517 when the Spaniards, who were the first Europeans to colonize the island, imported enslaved Africans as cheap labor. This took place after they contributed to the near extinction of the native Taino Arawaks from overwork and European diseases. However, in 1655 when the British invaded the island, many Spaniards fled to Cuba, and released their slaves as they fled.

Freed slaves sought refuge in the mountainous regions of the country and became known as ‘Maroons’. The name Maroon is a Spanish derivative coming from ‘cimarron which means ‘wild’ or ‘untamed’. Those who settled in villages in the north-eastern section of the island -Moore or Nanny Town, Charles Town and Scots Hall – were called the ‘Windward Maroons’. While, those who settled on the south and north-westerly parishes – Trelawny Town in St. James and accompong in St. Elizabeth – were called the ‘Leeward Maroons’.

The Maroons would frequently invade the British plantations in search of ammunition, food, cattle, and also to free other slaves. This resulted in ongoing tension between the groups, and the first Maroon War took place in about 1734. The British retaliated by sending troops across the island to capture the Maroons. Despite being fewer in number, the Maroons, under the leadership of Nanny, Cudjoe, and Quao, were able to take advantage in war through their superior knowledge of the terrain, and the use of the camouflage guerrilla warfare.

The British army, led by Colonel Guthrie, went to Trelawny Town to negotiate with Cudjoe, and in 1739, a peace treaty was signed. Three months later, the Windward Maroons, under Quoa, signed a separate peace treaty. A peace treaty was signed one year later with Nanny. These treaties guaranteed land to the Maroons and freedom from taxation. In return, the Maroons agreed to end their attacks on the plantations and to assist in the capture and return of the runaway slaves.

Peace lasted until 1795, when a Maroon was allegedly caught stealing, and was whipped by a slave. A Maroon delegation was sent to discuss the growing tension between the Maroons and the British settlers in an effort to prevent confrontation. The delegation was arrested and placed in irons. The Maroons declared war against the British in what became known as the ‘Second Maroon War’. On August 3rd 1796, the then Governor, the Earl of Balcarres, was given the powers of Martial Law. The colonial troops sought out and destroyed Maroon provisions in the hope that they would surrender. But the Maroons remained resolute.

Faced with heavy losses of life and funds, the British asked the Maroons to turn themselves over to the authorities. However, after the last Trelawny Maroon surrendered, they were all captured and transported to Nova Scotia in Canada. Other Maroons were returned to Sierra Leone in Africa on their request in July 1798. At this time, the Jamaican House of Assembly voted to cease supporting the Maroons.

Those who remained in Jamaica soon inter-married with non-Maroons, and others continued to live within the many Maroon villages in the island. To this day, the Maroons remain true to their traditional customs and beliefs. To ensure that the Maroons are never forgotten, they still sing their traditional songs, and telling the story of their ancestors. 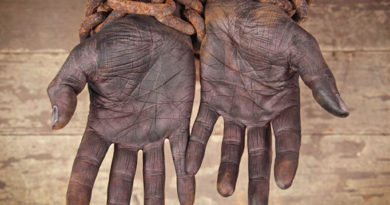