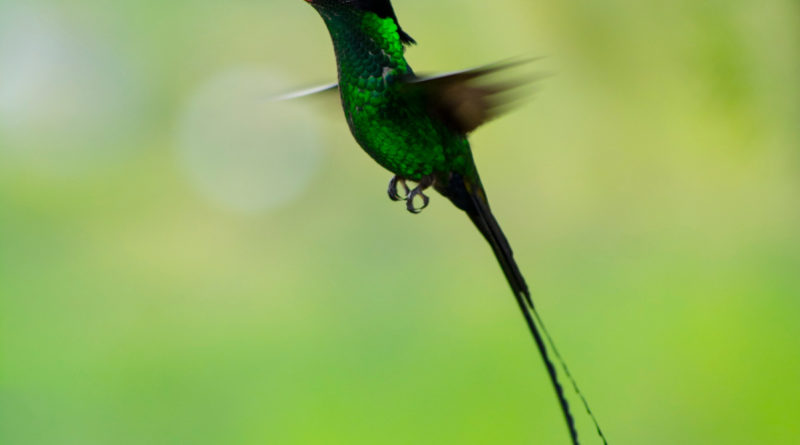 The doctor bird or swallow tail humming bird Tri­cilus Polytmus), is endemic to Jamaica. It is one of the most outstanding of the 320 species of hum­ming­birds. Their beau­ti­ful feathers have no counter­part in the entire bird population and they produce iridescent colors characteristic only of that family. The mature male has long tails which stream behind him when he flies. For years, the doc­tor bird has been immor­tal­ized in Jamaican folk­lore and song.

The origin of the name ‘Doctor-bird’ is some­what unsettled. It has been said that the name was given because the erect black crest and tails resemble the top hat and long tail coats doctors used to wear in the past. Other schools of thought believe that it refers to the way the birds lance the flowers with their bills to extract nectar.

According to Frederic Cas­sidy the bird is an object of superstition. The Arawaks spread the belief that the bird had magical powers. They called it the ‘God bird’, believing it was the rein­car­na­tion of dead souls. The bird moves very fast and illusive and cannot be easily killed. 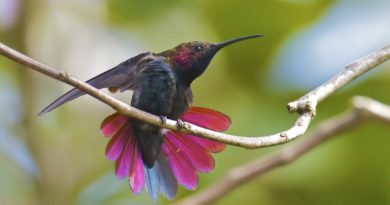 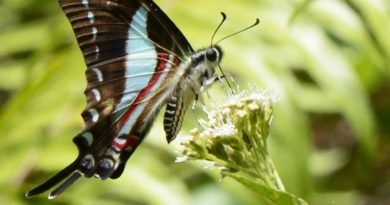 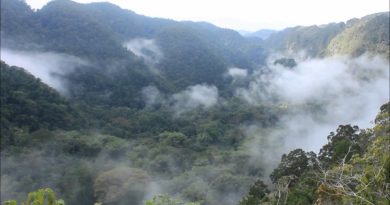 21 April 2017 About Jamaica Comments Off on Cockpit Country Jamaica: An Amazing Adventure of Limestone!

One thought on “Jamaican National Bird”