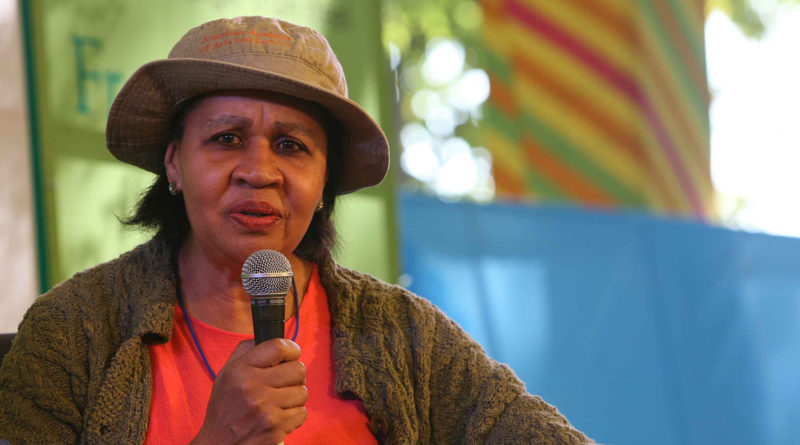 Wash the white clothes on Monday and put them on the stone heap;

Wash the color clothes on Tuesday and put them on the clothesline to dry;

Soak your little cloths right after you take them off; when buying cotton to make yourself a nice blouse, be sure that it doesn’t have gum2 on it, because that way it won’t hold up well after a wash;

Soak salt fish overnight before you cook it;

Is it true that you sing benna3 in Sunday school?;

always eat your food in such a way that it won’t turn someone else’s stomach;

On Sundays try to walk like a lady and not like the slut you are so bent on becoming;

You mustn’t speak to wharf-rat boys, not even to give directions;

Don’t eat fruits on the street – flies will follow you;

But I don’t sing benna on Sundays at all and never in Sunday school;

This is how to sew on a button;

This is how to make a button-hole for the button you have just sewed on;

This is how to hem a dress when you see the hem coming down and so to prevent yourself from looking like the slut I know you are so bent on becoming;

This is how you iron your father’s khaki shirt so that it doesn’t have a crease;

This is how you iron your father’s khaki pants so that they don’t have a crease;

This is how you grow okra – far from the house, because okra4 tree harbors red ants;

When you are growing dasheen5;, make sure it gets plenty of water or else it makes your throat itch when you are eating it;

This is how you sweep a corner;

This is how you smile to someone you don’t like too much;

This is how you smile to someone you don’t like at all;

This is how you smile to someone you like completely;

This is how you set a table for tea;

This is how you set a table for dinner;

This is how you set a table for dinner with an important guest;

This is how you set a table for lunch;

This is how you set a table for breakfast;

This is how to behave in the presence of men who don’t know you very well, and this way they won’t recognize immediately the slut I have warned you against becoming;

Be sure to wash every day, even if it is with your own spit; don’t squat down to play marbles – you are not a boy, you know;

Don’t throw stones at blackbirds, because it might not be a blackbird at all;

This is how to make a bread pudding;

This is how to make doukona6;

this is how to make pepper pot7;

This is how to make a good medicine for a cold;

This is how to make a good medicine to throw away a child before it even becomes a child;

This is how to catch a fish;

This is how to throw back a fish you don’t like, and that way something bad won’t fall on you;

This is how to bully a man; this is how a man bullies you;

This is how to love a man;

And if this doesn’t work there are other ways, and if they don’t work don’t feel too bad about giving up;

This is how to spit up in the air if you feel like it, and this is how to move quick so that it doesn’t fall on you;

This is how to make ends meet;

But what if the baker won’t let me feel the bread?;

You mean to say that after all you are really going to be the kind of woman who the baker won’t let near the bread?

4okra: a shrub whose pods are used in soups, stews, and gumbo

5dasheen: the taro plant, cultivated, like the potato, for its edible tuber

6doukona: plantain pudding; the plantain fruit is similar to the banana

Jamaica Kincaid was born Elaine Potter Richardson in 1949 in Antigua, in the British West Indies, but changed her name when she started writing because her family disliked her career choice. She came to New York at age seventeen, taking a job as a nanny for a rich family and met New Yorker columnist George S. Trow, who eventually helped her publish in the magazine.

First published in the June 26, 1978, issue of The New Yorker, “Girl” was the first of what would become more than a dozen short stories Jamaica Kincaid published in that magazine. Five years later, “Girl” appeared as the opening story in Kincaid’s collection of stories, At the Bottom of the River (1983), her first book.

“Girl” is a one-sentence, 650-word dialogue between a mother and daughter. The mother does most of the talking; she delivers a long series of instructions and warnings to the daughter, who twice responds but whose responses go unnoticed by the mother. There is no introduction of the characters, no action, and no description of setting. The mother’s voice simply begins speaking, “Wash the white clothes on Monday,” and continues through to the end. Like all of Kincaid’s fiction, “Girl” is based on Kincaid’s own life and her relationship with her mother. Although the setting is not specified in the story, Kincaid has revealed in interviews that it takes place in Antigua, her island birthplace.

The story begins abruptly with words spoken by an unidentified voice. ‘‘Wash the white clothes on Monday and put them on the stone heap; wash the color clothes on Tuesday and put them on the clothesline to dry; don’t walk barehead in the hot sun …’’ The voice continues offering instructions about how a woman should do her chores, and then about how she should behave: “On Sundays try to walk like a lady and not like the slut you are bent on becoming.” At the end of the first third of the story, another voice, signaled by italics, responds, ‘‘but I don’t sing benna on Sundays at all and never in Sunday school.’’ This speaker is presumably the daughter of the main speaker.

The short story “Girl,” like many of Kincaid’s books, deals with the experience of being young and female in a poor country. Girl” consists of a single sentence of advice a mother imparts to her daughter, only twice interrupted by the girl to ask a question or defend herself. She intends the advice to both help her daughter and scold her at the same time. Kincaid uses semicolons to separate the admonishments and words of wisdom but often repeats herself, especially to warn her daughter against becoming a “slut.” Besides these repetitions, “Girl” doesn’t move forward chronologically: there is no beginning, middle, or end to the stream.

The mother dispenses much practical and helpful advice that will help her daughter keep a house of her own some day. She tells her daughter how to do such household chores as laundry, sewing, ironing, cooking, setting the table, sweeping, and washing. The mother also tells the girl how to do other things she’ll need to know about, including how to make herbal medicines and catch a fish. These words of wisdom suggest that the women live in a poor, rural setting, where passing on such advice is essential for daily living.Alongside practical advice, the mother also instructs her daughter on how to live a fulfilling life. She offers sympathy, such as when she talks about the relationships her daughter will one day have with men, warning that men and women sometimes “bully” each other. She also says that there are many kinds of relationships and some never work out. The mother also tells the girl how to behave in different situations, including how to talk with people she doesn’t like.

Often, however, the mother’s advice seems caustic and castigating, out of fear that her daughter is already well on her way to becoming a “slut.” She tells the girl, for example, not to squat while playing marbles, not to sing any Antiguan folk songs in Sunday school, and to always walk like a lady. The girl periodically interjects to protest her innocence. 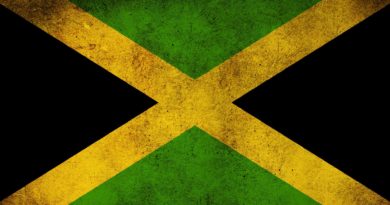 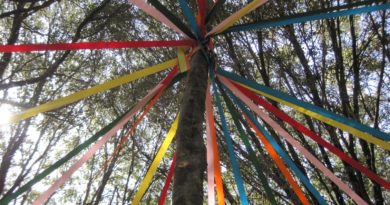 5 November 2017 About Jamaica Comments Off on Maypole: Jamaica Traditional Dance 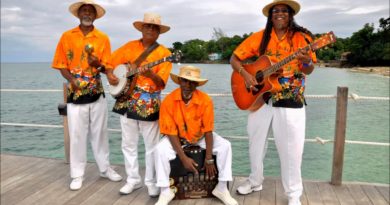 5 November 2017 About Jamaica Comments Off on Mento in Jamaica