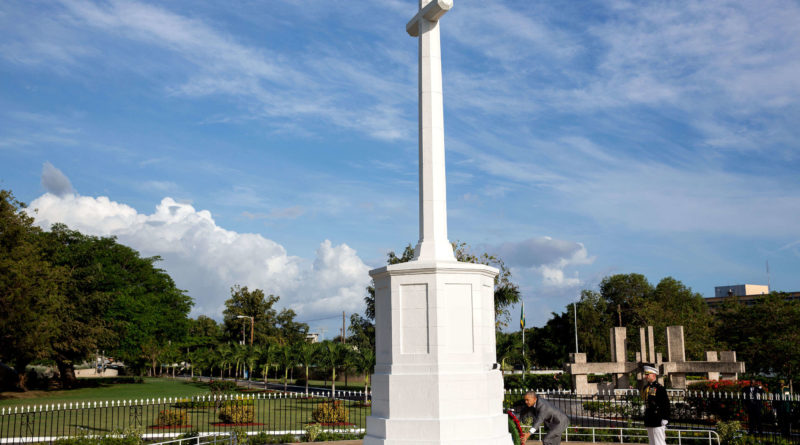 Scots Kirk Church – The principal Presbyterian Church in the island. It was rebuilt after the earthquake of 1907 on the foundation of the original Church.

Coke Methodist Church – Named after Dr. Thomas Coke, founder of the Methodist Missions. in the West Indies. It was built in 1840 on the site of the first Methodist Chapel built in Jamaica.

Kingston Parish Church – Erected around 1911 on the foundations of the original church. Among the interesting monuments in the church are those to Admiral John Benbow, English naval officer based at Port Royal in 1702 and John Wolmer, wealthy Kingston goldsmith who left money in his will to found a school.

Fort Charles – The first fort erected in Port Royal was Fort Charles. It was built in the late 1650-60 and was originally called Fort Cromwell but was renamed Fort Charles.

Port Royal Forts – Many other forts were built in Port Royal, Fort Carlisle, Fort Morgan, Fort Rocky, Fort Rupert and Fort Walker. Port Royal was founded in the 1650s by the first British settlers who came to Jamaica. The town grew up around Fort Charles and soon became packed with traders, shopkeepers, innkeepers, soldiers, buccaneers and pirates.

Port Royal – Once called “the richest and wickedest city in the world”. When only a sand pit, it was first used by the Tainos as a fishing camp. When the Spaniards arrived in Jamaica, they used the pit for cleaning, refitting and caulking of their sailing vessels.

Rockfort Spa – The origins of the Rock Fort Spa is uncertain, but it is believed to have appeared miraculously following the 1907 earthquake. The water which is very radioactive, is piped from a cold spring in the surrounding hills. Like the other mineral spas, Rock Fort Mineral Spa is believed to have healing properties.

Admiralty Houses – Part of the Old Nava l Dockyard in Port Royal were built towards the end of the 1800s to the early 1900s to house senior naval personnel.

Gordon House – A two story contemporary building with a distinct symmetrical design at its entrance elevation. Gordon House is aptly named in honor of the man who was one of the frontrunners of the social and political development of Jamaica.

Institute of Jamaica – This was established in 1879 during the governorship of Sir Anthony Musgrave, for the encouragement of Literature, Science and Art. It was regarded as the chief agency designed to help Government in the promotion and preservation of culture in the island.

Liberty Hall – Liberty Hall located at 76 King Street, Kingston was the center of activities for the Kingston division of The U.N.I.A. The Jamaica National Heritage Trust declared Liberty Hall a national monument on the 5th November 1992 by reason of its historical significance. It is presently managed by the Institute of Jamaica and is open to the public.

Ward Theatre – Presented as a gift to the city of Kingston in 1912 by Colonel Charles Ward then Custos of Kingston. It occupies a site in Downtown Kingston, which has been in continuous use as a theatre since the 1770s. The Ward Theatre holds a special place in the hearts of Jamaicans probably because of its association with the development of indigenous theatre.

National Heroes Park – Now stands was once one of the most popular spots in Kingston. In its long history, several interesting events are associated with the site. The site was officially renamed the National Heroes Park in 1973 and is now a permanent place for honoring our heroes whose monuments are erected in an area known as the Shrine.

St. William Grant Park – Located in the center of Down Town, Kingston, the Park is named in honor of the 1938 labour leader William Grant who was an associate of the Rt. Excellent Sir Alexander Bustamante, National Hero and former Prime Minister.

Port Royal Terrestrial Archaeology – Some of the sites found are as follows; The Church of St. Paul 1682, a part of 17th century High Street and a variety of structures related the 18th and 19th century function of the area as a dockyard.

Port Royal Underwater Archaeology– Underwater archaeology is a specialized branch of archaeology which studies the human past through the investigation of artifacts or material culture, the use of structures, animal, plants and human remains, in a marine environment.

Tower Street – General Penitentiary – Exquisite Jamaican Georgian architecture, which has fundamental features of the Tower Street historical streetscape. It is of great architectural and historical significance. It is important that these buildings be preserved and integrated into proposed development.

Kingston Railway Station – It was built along the Jamaica/Georgian lines of architecture. It was constructed on a grand scale, symbolizing the economic importance of the city of Kingston as the center of trade.

Monument to the Rt. Excellent Sir Alexander Bustamante – Designed by Errol Alberga, completed in Oct 1979. The structure, which includes the tomb, is accessible to everyone because this was the way he lived and he always supported the deep tenets of democracy. Seats have been incorporated into the design for those who wish to sit and meditate.

Monument to the Most Honourable Michael Manley – Designed by Mark and Susan Taylor and was dedicated on March 15, 2002. The monument has an arch develops in space moving irreversibly towards a perfect state, a goal to be attained: equality and ultimately, self-realization and social justice for all.

Monument to the Most Honourable Sir Donald Sangster – Designed by Mostyn Campbell, completed in 1968. Sir Donald Sangster always supported the deep tenets of democracy; hence the structure which includes the tomb is an open one allowing viewer’s free access.

Monument to the Rt. Excellent George William Gordon & the Rt. Excellent Paul Bogle – Emerged as defenders of the rights of the poor and oppressed in the Post Emancipation era. The centerpiece, a natural Jamaican marble boulder, is a symbol of freedom.

Monument to the Rt. Excellent Marcus Garvey – Designed by G. C. Hodges in 1964. The burial vault, made from terrazzo and inset with marble, lies in the center of a black star, which was a symbol Garvey used in his enterprises, for example, the Black Star Line Shipping Company.

Monument to the Rt. Excellent Nanny – Designed by Compass Workshop Limited, dedicated on Oct 14, 1999. Central to the theme of the Monument is the sound produced by the main vertical structure. Evolving the sound of the abeng through kinetic action of the wind against the ‘face’ of the figure, the element gives a voice to the forms.

Negro Aroused – Created in 1935, by Edna Manley. From its exposure, Negro Aroused excited the public’s imagination and was acquired by public subscription and presented to the Institute of Jamaica to form the nucleus of an exhibition. 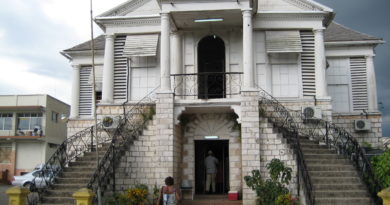 5 November 2017 About Jamaica Comments Off on Manchester Heritage Sites 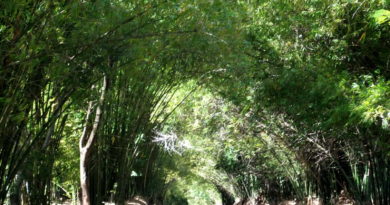 21 November 2016 About Jamaica Comments Off on Jamaican parishes: A complete guide